12th October 2014kazonomicsBtc, Bubble, Bubbles, Cryptocurrency, Currency, DowJones, Manipulation, Markets, Nasdaq, Pump & Dump, Technical AnalysisNo Comments
On the lighter side we will explore a social experiment in markets, behavior, and fractals.  The emotional fractal studied in capital markets isn’t limited to just markets.  It can be applied to anything with humans and their egos involved as it is a study of behavior.  Troll gate began with a moment of boredom and a chart of twitter data ?.  No kidding that was all.  As silly is it may seem it follows well with Episode 1.
Following on two of my favorite market misdirectors I caught in a comprising tweet much like the others all year long.  I saw what looked like the beginnings of a little bull market in data I was tracking connected to twitter and with the blessing of a Cartel Elite decided to pump pump pump it up!   Keep in mind tweeters like this move 1,000 of BTCs & $$$ with their post to followers who do not know they are clueless.  Versions of this are going on across all markets this is just one example.
As I’ve always said its a graph of human emotions not price.  Putting market leaders bad calls in their face is great way to get emotions going in markets.  Charts we have discussed are graphs of emotions over time. Chart #1 is the data prior to the twitter pump.  Chart #2 the resulting climax the emotionally charged participants generated.

Markets are more about human emotion than anything else.  If we hide price and time we see just the shape of what the herd will do over a measured period.

Even with my own tweet data you could see the down trend going into September as I worked on revamping systems to move back over to larger capital market with our trading group.  Once completed I had more time again and my traffic entered a rising channel.  You can apply TA to your bank accounts, portfolios, twitter data, it just doesn’t matter if you can chart it you can apply TA to it, it contains so many fundamental components of what is really going on its hard to believe really.  All information is in the system it really is.   Look at that dump move lol!! ??? 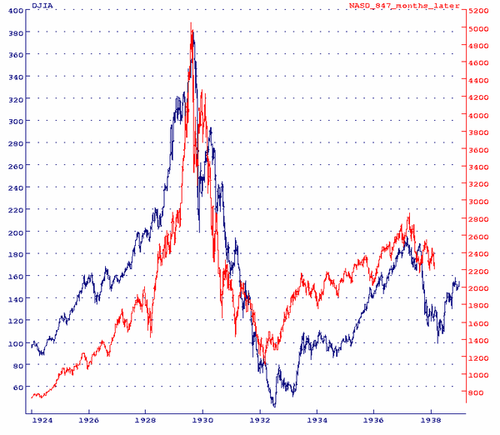 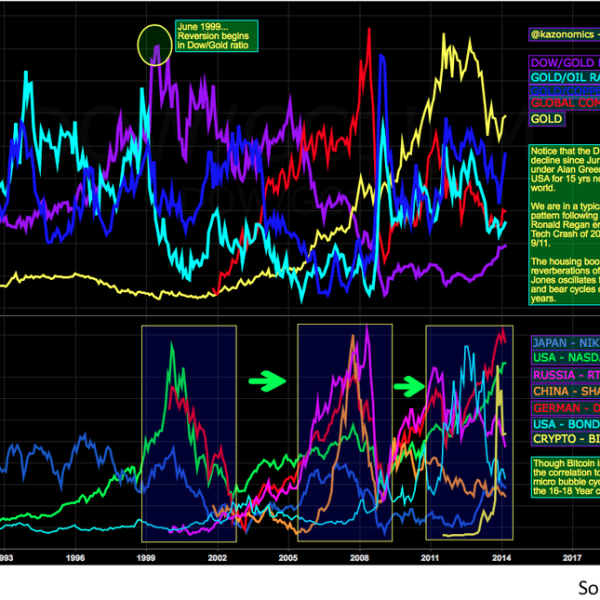 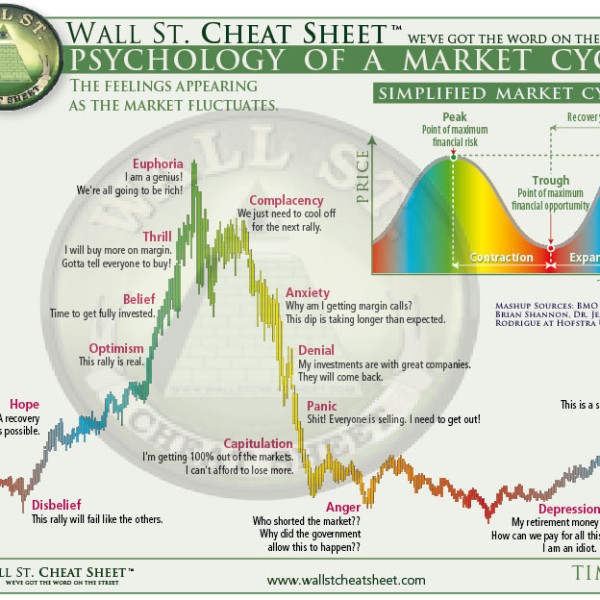 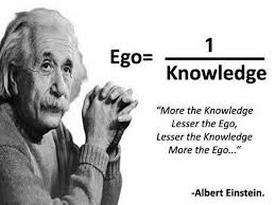 So yah blackcoin does look like he nasdaq…who are the memembers of the herd that rush in at the tops and bottoms of markets where do they come from? ? These markets look so similar but how?   Think about all the people that created all the rationals for all these markets at all the various price levels they were at in any given moment.   All the geniuses that justified the bull market as it crashed in their faces.  Anyone who ever told you why black coin was going to be the next Bitcoin.  Those biases were the most real things in their worlds but had little to do with reality.  The need to proclaim their genius is the danger.  Ego is the danger.

Sometimes being able to say you don’t know isn’t a bad thing.  These bubbles destroyed 90% of the market participants each time they occurred.  At every moment there will be someone to give their rationale for what is happening but is it anything more than a projection of their own egos?  I can tell you In 15  years I’ve never come across no one who really got wtf they were looking at in markets.  It didn’t matter if they are Harvard educated, worth a 100 million, work in hedge funds, have 80% accurate algos, etc….. All they had was an idea in their mind.  I could rewrite every book in schools on markets but man that’s a lot of writing lol…..but it’s also pretty fun to watch peeps change their explanations each week to fit the prices and bash those who could help add some perspective to the picture.

When I go to the mechanic he will tell me exactly what must be fixed (i.e. spark plugs, oil change) to make my car go again.  When he/she does fix my car engine and it works again its like magic because I do not understand how he has done this.  However from the view point of the mechanic it is simple logic and you are just ignorant of how your car engine actually works nothing more.  Welcome to all Crypto trade gurus out there I mean all of them.

The mechanic is not guessing or saying he has an idea or giving you an opinion with a limited amount of information and understanding.  If he did that you would say well you don’t know wtf your talking about do you and about your to charge me for shit I don’t need your no expert?.  Ok now port that logic fractal back to markets….all markets all tv gurus….  its the blind leading the blind out there ???.

If you buy it will, it will be higher or lower tomorrow, or in whatever time frame you choose to hold.  You will get a different explanation from every single person you ask what has happened to the market once you view it again.   Do you think any of them could have a clue of what they are saying if all of their rationales are different for a thing that will only do 2 things after the point at which you enter?  It will go up or down only.  There is a mechanical process to markets like all other things in the the universe.   Capital markets are not magic they are mathematical if someone prefaces what they tell you with IMO or I think tell them the stfu before they tell you BS that puts your money and livelihood at risk.

These opinions based usually in ignorance sometimes self imposed conditioning of reality to fit those beliefs are dangerous.  These are the people that must call the bottom while avoiding participation in half year long trends they fight against and usually do this repetitive behavior to the detriment of the followers they lead blindly along with their need to satisfy their egos.  This is not a sustainable strategy longterm for anyone.  The universe is fractal as is everything in it at all scales.  There is a really simple reason Blackcoin looks like a major global market worth trillions of dollars but happens in 2 weeks not over 15 years lol….I’m not kidding its really simple .  Should stands to reason if they look a like they are probably built pretty similar structurally.  The same fundamental underpinnings should be there in a “fractal sense” don’t you think?  There is a good chance the crowd does not have the correct pieces of the puzzle to make a clear picture of any capital markets.  You really think the global PTB would actually provide the educational material to correct workings of multi-trillion dollar capital markets for their competition to fight them with in a zero sum game???  Really?  You think anyone was really gonna tell you what was gonna happen with BC before hand? If they did you would not hear so many IMO or IMHO or I think.  The market is mechanical it goes up and down in any time frame.    Never be afraid to have your own unique ideas in the face of ridicule.  Maybe those ideas sometimes are not correct, but you will be safer in a system that is zero sum game than hanging out with the crowd over time #math. ?